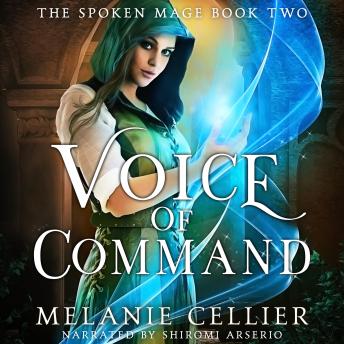 Finally accepted as a mage, Elena struggles with her commonborn roots. And when disaster strikes the kingdom, she can't shrug off the death toll as the mageborn have always done. Yet the limitations of her spoken magic hold her back - both in saving lives among the people and in competitions in the Academy's arena.

In desperation she turns to an unlikely source of assistance - Prince Lucas. But just as she begins to master her powers, she finds herself the pawn of stronger forces.

With everything she's struggled for almost within her grasp, she must decide what - and who - is worth sacrificing to come into her full power and take her place among the mages.

If you enjoy strong heroines, fantasy worlds, adventure, intrigue, and romance, then try the Spoken Mage series now, starting with Voice of Power.

This title is due for release on June 19, 2019
We'll send you an email as soon as it is available!