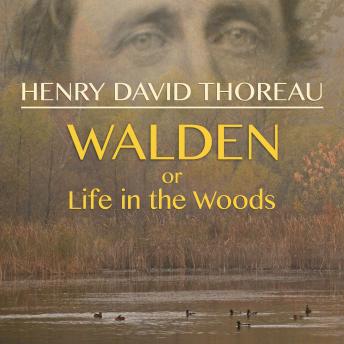 Walden, or Life in the Woods

In 1845, noted transcendentalist Henry David Thoreau spent two years, two months, and two days chronicling his near-isolation in the small cabin he built in the woods near Walden Pond on land owned by his mentor, the father of Transcendentalism, Ralph Waldo Emerson. Shedding the trivial ties that he felt bound much of humanity, Thoreau reaped from the land both physically and mentally, and pursued truth in the quiet of nature. In Walden, he explains how separating oneself from the world of men can truly awaken the sleeping self. Thoreau holds fast to the notion that you have not truly existed until you adopt such a lifestyle-and only then can you reenter society, as an enlightened being. Originally published in 1854, Walden remains one of the most celebrated works in American literature.