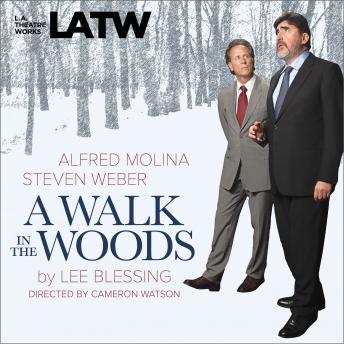 A Walk in the Woods

An idealistic American diplomat locks horns with a mercurial Soviet negotiator during a series of conversations in the woods outside Geneva. As their mutual friendship and understanding deepens, an awareness that their work may ultimately be pointless casts a shadow over their hopes to achieve a lasting peace.

Lead funding for A Walk in the Woods is generously provided by The John Logan Foundation.

Recorded before an audience at UCLA's James Bridges Theater in January 2019.

This title is due for release on May 15, 2019
We'll send you an email as soon as it is available!