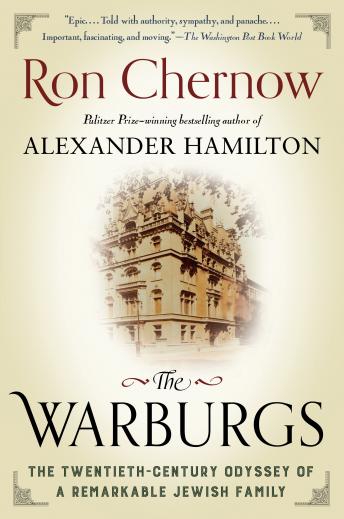 The Warburgs: The Twentieth-Century Odyssey of a Remarkable Jewish Family

Bankers, philanthropists, scholars, socialites, artists, and politicians, the Warburgs stood at the pinnacle of German (and, later, of German-American) Jewry. They forged economic dynasties, built mansions and estates, assembled libraries, endowed charities, and advised a German kaiser and two American presidents. But their very success made the Warburgs lightning rods for anti-Semitism, and their sense of patriotism became increasingly dangerous in a Germany that had declared Jews the enemy.

Ron Chernow's hugely fascinating history is a group portrait of a clan whose members were renowned for their brilliance, culture, and personal energy yet tragically vulnerable to the dark and irrational currents of the twentieth century.