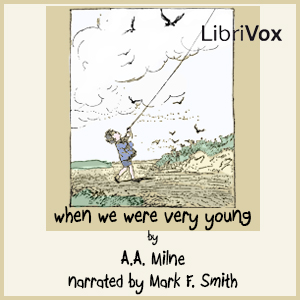 When We Were Very Young

A.A. Milne wrote many poems to entertain his young son, Christopher Robin Milne, who appears to have been about three when "When We Were Very Young" was published. The book is a collection of 45 poems that celebrate a world and a point of view that a very young person could understand and enjoy. It became a best-seller. Christopher Robin is introduced as a character in some of the poems. We first meet him in the Preface, "Just Before We Begin." In it we learn of a swan which he feeds upon a lake and who he has named "Pooh." Milne comments on the fortuitous rhyming of that name with the lowing of the local cattle, "moo," and intends us to believe that that led to the idea of writing the poems that comprise "When We Were Very Young." Later, of course, this name became attached to a rather lovable bear who had whole books of his adventures written by Milne over the next few years. We will meet that teddy bear in one of poems of this book!

When We Were Very Young

This title is due for release on February 14, 2020
We'll send you an email as soon as it is available!