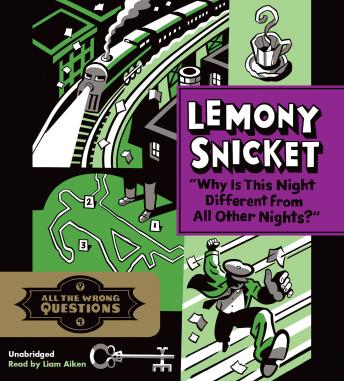 'Why Is This Night Different from All Other Nights?'

On all other nights, the train departs from Stain'd Station and travels to the city without stopping. But not tonight. You might ask, why is this night different from all other nights? But that's the wrong question. Instead ask, where is this all heading? And what happens at the end of the line? The final book in Lemony Snicket's bestselling series, All the Wrong Questions.

'Why Is This Night Different from All Other Nights?'