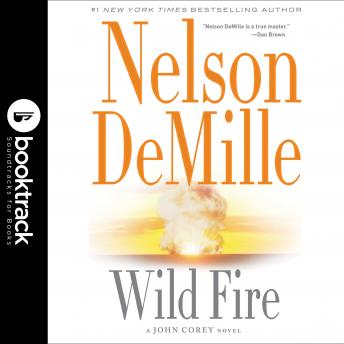 #4 of A John Corey Novel

Welcome to the Custer Hill Club--an informal men's club set in a luxurious Adirondack hunting lodge whose members include some of America's most powerful business leaders, military men, and government officials. Ostensibly, the club is a place to gather with old friends, hunt, eat, drink, and talk off-the-record about war, life, death, sex and politics. But one Fall weekend, the Executive Board of the Custer Hill Club gathers to talk about the tragedy of 9/11 and what America must do to retaliate. Their plan is finalized and set into motion.

That same weekend, a member of the Federal Anti-Terrorist Task Force is reported missing. His body is soon discovered in the woods near the Custer Hill Club's game reserve. The death appears to be a hunting accident, and that's how the local police first report it, but Detective John Corey has his doubts. As he digs deeper, he begins to unravel a plot involving the Custer Hill Club, a top-secret plan known only by its code name: Wild Fire. Racing against the clock, Detective Corey and his wife, FBI agent Kate Mayfield, find they are the only people in a position to stop the button from being pushed and chaos from being unleashed.

Excellent book. Audio quality was once again inconsistent throughout the book.

The main character in the book is not believable and it makes the story a chore to get through. It did not help that the CDs were scratched in numerous places and skipped. Very frustrating.

I have read the book 4 or five times before this listen. One of my top five! Corey will get you laughing even though it's nothing funny about the story...

I thought the character development was great. Even though it was a long tail I was able to keep track of the plots subplots and all the chapters. Thought, as usual it was another hit.

A great and at times a funny book. I found potions of the book ran long at times but when you go farther in you understand why The narrator is one of my favorite and look forward to hearing more from him.

I really have been surprised by how compelling this book is. Stretched over 15 CDs, I never thought I could keep the details together -- or the interest sustained. I've now listened to it (to my amazement) twice in recent years. Not phenomenal literature. But a really compelling read -- and a perfect voice.

I am not sure why, but I just could not get into this book. I tried on several days but I sent it back without listening to it. It might have just been my mood, but it is what it is.

This was a little long winded but overall good story. Great job by the narrator.

A very easy to listen to book. Sometimes quite funny. Fast paced and fun.

A great book, and a great listen. John Corey is a great character, and the reader portrayed him with finesse. Loved every minute!

Scott Brick, the narrator, is the perfect person to play Detective John Corey. He is an excellent narrator and made listening a pleasure. He should narrate every time John Corey is used in Nelson DeMille's audio books. Nelson's wit and humor is unsurpassed. I truly enjoy him. I really enjoy the John Corey and Kate Mayfield characters. They would be fun to have a few beers with! While I thought the book was somewhat dragged out and slow in some areas, it was an excellent listening experience.

This book was great. And as another reviewer stated, I really enjoyed the one liners. I wish I could find another Nelson DeMille that's as enjoyable. I'd rent it in a minute.

This was very good. I was a huge fan of Lion's Game and would love to listen to more of his!

I truly enjoyed this book and had trouble breaking away. The character of John Cory is great and the reader, Scott Brick, is fantastic.

Not only is this a great story, there are some great one liners. John Corey is simply one of the coolest characters anyone has ever developed. This is a must listen.