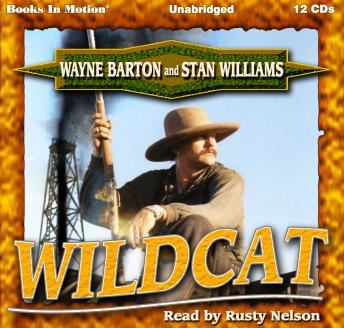 It was the end of an era, and the beginning of an ever-evolving world of fast money, fast women, fast talkers...and fast death. Texas was just as noisy, reckless, and wide open in 1914 as it was in the days of the Wild West - with one important exception: success no longer paid off in livable wages, it paid off in millions. Lee Temple, fresh out of a Fort Worth jail and broke, knew that to survive he'd have to give in to change. No sooner had he ditched his saddle than he got caught in a fracas involving the newly rich oil trash Hargroves. There was Harry, the bright, sensitive, but quick-tempered would-be writer he'd befriended; Harry's ruthless, violent father, Cotton; and Elizabeth, Cotton's free-thinking daughter, as beautiful as she was daring...and dangerous. Before long, Lee was riding shotgun for a major Hargrove concern - dodging lies as well as a murderous sniper's bullets in a new kind of business that was as dirty as the grimy black earth from which it was born. Bringing to light the last and most compelling chapter of the American frontier, Wayne Barton and partner Stan Williams are the most exciting and distinctive storytellers writing about the American West.

This title is due for release on December 15, 2019
We'll send you an email as soon as it is available!