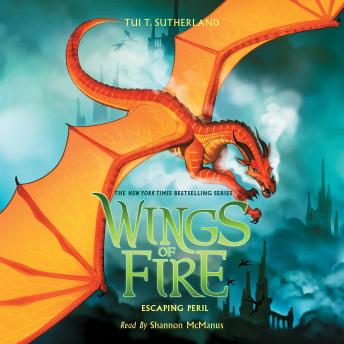 Peril has been loyal to Queen Scarlet, who used her fatal firescales to kill countless dragons in the SkyWing arena. Now, Peril is loyal to Clay, the only dragonet who has ever been her friend. So when Scarlet threatens Jade Mountain Academy, Peril sets off to find her former queen, stop her, and save the day, no matter what it takes.

There's just one problem: a strangely persistent SeaWing, Turtle, insists on coming along, too. Turtle is worried about his friends, who left to search for Scarlet and haven't returned. Peril is worried that she might accidentally burn Turtle -- or burn him on purpose, for being so annoying -- and frustrated that she keeps saying and doing the wrong things. She can't escape her firescales, and she can't escape her reputation as the deadliest dragon in Pyrrhia.

So when she's offered a chance to trade everything for a second chance, Peril has to decide who she's really loyal to . . . and whether her own scales might actually be worth saving.