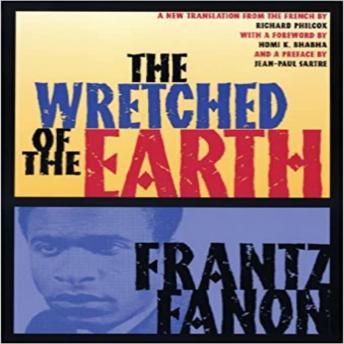 The Wretched of the Earth

First published in 1961, Frantz Fanon’s The Wretched of the Earth is a masterful and timeless interrogation of race, colonialism, psychological trauma, and revolutionary struggle. In 2020, it found a new readership in the wake of the Black Lives Matter protests and the centering of narratives interrogating race by Black writers. Bearing singular insight into the rage and frustration of colonized peoples, and the role of violence in spurring historical change, the book incisively attacks the twin perils of post-independence colonial politics: the disenfranchisement of the masses by the elites on the one hand, and intertribal and interfaith animosities on the other. A landmark text for revolutionaries and activists, The Wretched of the Earth is an eternal touchstone for civil rights, anti-colonialism, psychiatric studies, and Black consciousness movements around the world. Translated by Richard Philcox, and featuring now-classic critical essays by Jean-Paul Sartre and Homi K. Bhabha, as well as a new essay, this sixtieth anniversary edition of Fanon’s most famous text stands proudly alongside such pillars of anti-colonialism and anti-racism as Edward Said’s Orientalism and The Autobiography of Malcolm

Wretched of the Earth

This title is due for release on April 8, 2021
We'll send you an email as soon as it is available!