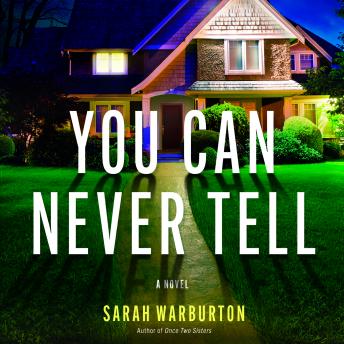 You Can Never Tell

Framed for embezzlement by her best friend Aimee, museum curator Kacy Tremain and her husband Michael move from New Jersey to a charming Texas suburb to escape their past. Kacy quickly makes new friends-preppy, inscrutable Elizabeth, chatty yet evasive Rahmia, and red-headed, unapologetic Lena. But good friends aren't always what they seem. As she navigates the unexpectedly cutthroat social scene of her new town, Kacy begins to receive taunting postcards-and, worse, discovers cameras hidden in the wall of her home. Lena and her husband, Brady, reassure her that the cameras are just relics of the paranoid previous homeowner. Once the cameras are removed and Kacy's fears are quelled, she and Michael make the happy discovery that they are going to be new parents. Months after the birth of their daughter, Michael accidentally makes a shocking discovery about Brady's past. And when Lena suddenly goes missing, Kacy and Michael begin to uncover the truth about their neighbors-and it's more terrible than anyone could have imagined. Interlaced with transcripts of a chilling true crime podcast that follow the tangled threads of the drama, You Can Never Tell is a taut and complex psychological thriller that never lets up until its breathless conclusion.

You Can Never Tell