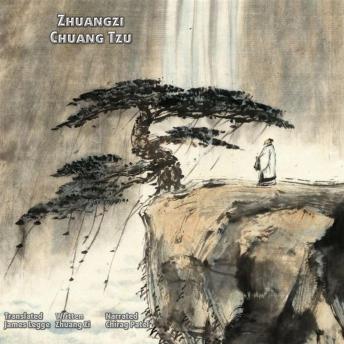 The Chuang Tsu is one of the most important books in Chinese literature and philosophy. It is one of the two foundational texts of Daoism. Also titled Zhuangzi, it is a commentary and extension of the Dao de Jing/Tao Te Ching, in the same way that Mencius' Analects are an exploration of Confucius' thought. Written in around 300BCE during the Warring States period, it is a collection of anecdotes, fables, and stories that are as silly and funny as they are profound and thought provoking.

Where the Dao De Jing is a distilled and poetic exploration of the Way, Zhuangi takes a much more human and real-world path through the mysteries of the Dao. Using often humorous anecdotes, allegories, parables and fables mixed with conversations about particular aspects of the Way.

James Legge’s translation is perhaps the most sophisticated and exacting one in existence. It carries as much as possible of the subtlety and detail in the original masterwork.

It is regarded as one of the greatest literary works in all of Chinese history, and has been called 'the most important pre-Qin text for the study of Chinese literature.' Its main themes are of spontaneity in action and of freedom from the human world and its conventions. The fables and anecdotes in the text illustrate the illusion of distinctions between good and bad, large and small, life and death, and human and nature. While other ancient Chinese philosophers focused on moral and personal duty, Zhuangzi promoted carefree wandering and becoming one with 'the Way' (Dào 道) by following nature.

It has influenced great Chinese and Western writers for more than 2000 years, including Oscar Wilde, Yeats, Nietzsche, Sima Xiangru, Li Bai, Su Shi and Lu You.

This title is due for release on September 30, 2020
We'll send you an email as soon as it is available!