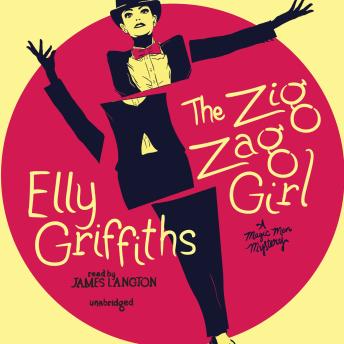 #1 of The Magic Men Mysteries

In the first installment of a compelling new series by Elly Griffiths, a band of magicians who served together in World War II track a killer who’s performing their deadly tricks.

Brighton, 1950. The body of a girl is found cut into three pieces. Detective Inspector Edgar Stephens is convinced the killer is mimicking a famous magic trick—the Zig Zag Girl. The inventor of the trick, Max Mephisto, is an old war friend of Edgar’s. They served together in a shadowy unit called the Magic Men, a special ops troop that used stage tricks to confound the enemy.

Max is on the traveling show circuit, touring seaside towns with ventriloquists, sword-swallowers, and dancing girls. He’s reluctant to leave this world to help Edgar investigate but advises him to identify the victim quickly—it takes a special sidekick to do the Zig Zag Girl. Those words come back to haunt Max when the dead girl turns out to be Ethel, one of his best assistants to date. He’s soon at Edgar’s side, hunting for Ethel’s killer.

Another death, another magic trick: Edgar and Max are sure the answer to the murders lies in their army days. And when Edgar receives a letter warning of another “trick” on the way—the Wolf Trap—he knows they’re all in the killer’s sights.