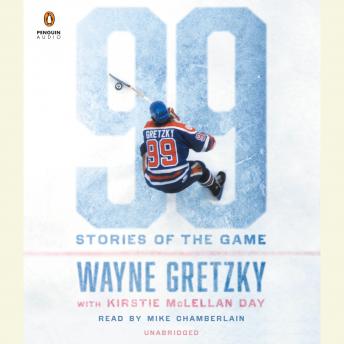 In this sports memoir, Wayne Gretzky weaves memories of his legendary career with an inside look at professional hockey and the heroes and stories that inspired him.

From minor-hockey phenomenon to Hall of Fame sensation, Wayne Gretzky rewrote the record books, his accomplishments becoming the stuff of legend. Dubbed “The Great One,” he is considered by many to be the greatest hockey player who ever lived. No one has seen more of the game than he has—but he has never discussed in depth just what it was he saw.

For the first time, Gretzky discusses candidly what the game looks like to him and introduces us to the people who inspired and motivated him: mentors, teammates, rivals, the famous and the lesser known. Weaving together lives and moments from an extraordinary career, he reflects on the players who inflamed his imagination when he was a kid, the way he himself figured in the dreams of so many who came after; takes us onto the ice and into the dressing rooms to meet the friends who stood by him and the rivals who spurred him to greater heights; shows us some of the famous moments in hockey history through the eyes of someone who regularly made that history.

Warm, direct, and revelatory, it is a book that gives us number 99, the man and the player, like never before.