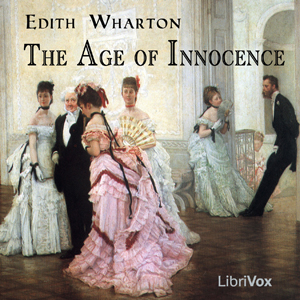 The Age of Innocence

In an era before the advent of electric lights, telephones or motor vehicles, there exists a small cluster of aristocratic "old revolutionary stock" families that rule New York's social life. Under the rules of this society, "being things" is better than "doing things" and reputation and outward appearances come at the exclusion of everything else. In this Gilded Age, when America's expansion and increased industrialism produce a group of newly wealthy robber barons and financiers, the patient, time-honored values of the old ruling class, and century, are giving way to the expediencies of the new. Caught at this cusp, a triangle of lovers, who must choose between the expectations of family and society, and the deepest yearnings of the heart.
Newly engaged couple, Newland Archer, a young lawyer, and May Welland, a society debutante, are part of the old world, where the "right people" follow the "correct rules" and marry into "acceptable families." The arrival from Europe of May's cousin, the Countess Ellen Olenska, complicates their union, as Ellen's mysterious past threatens to cast a shadow of scandal over the newly betrothed couple. Newland Archer, at first critical of Ellen's bohemian lifestyle, and her seemingly wilful ignorance of the rules and customs of his Old New York, is soon captivated by Ellen's warmth, spirit, and her generous and loving heart. Will he cast off the life for which he's been groomed, or sacrifice happiness for duty and the greater good of the social order?
(Summary by Brenda Dayne)