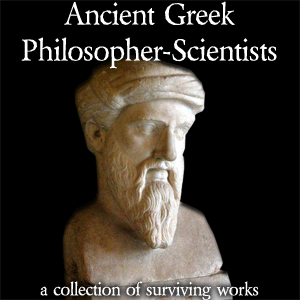 The Pre-Socratic Greek philosophers, that is, the philosopher-scientists who lived before or contemporaneously to Socrates, were the first men in the Western world to establish a line of inquiry regarding the natural phenomena that rejected the traditional religious explanations and searched for rational explanations. Even though they do not form a school of thought, they can be considered the fathers of philosophy and many other sciences as we have them now. None of their works is extant, so, in this collection, we present the textual fragments, when existing, of ten Pre-Socratic philosopher-scientists, and quotations and testimonials about them left by later authors. (Summary by Leni)