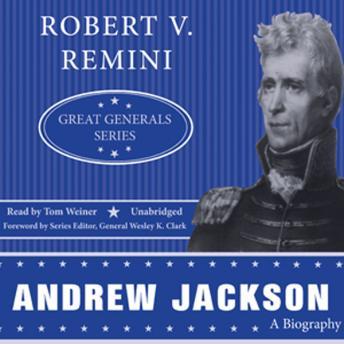 The newest addition to Palgrave's Great Generals series focuses on Andrew Jackson's career including his time as a general in Tennessee and his rise up the Army ranks. Jackson's effective use of spies in war time and of martial law in peace time sparked a debate about the curtailing of civil liberties in the name of national security that continues to this day. Most of all, Jackson was a great motivator who could, with a few carefully selected words and by his own brave example, turn around starved, deserting troops, convincing them to fight. With dramatic scenes of fierce battles and victories, Remini reveals here why Jackson's bold leadership as a general led to his election as President of the United States in 1828.

"This Andrew Jackson biography is as exciting as it is important, and shows how a very complex military was molded from frontier clay during America's formative years." -Donald A. Davis, bestselling author of Shooter and Kill Zone