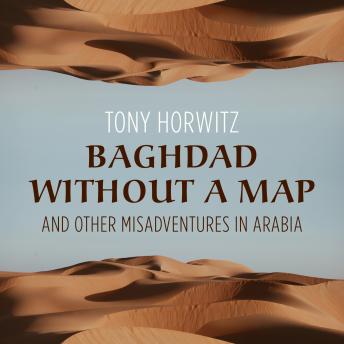 Baghdad without a Map and Other Misadventures in Arabia

Pulitzer Prize winning journalist Tony Horwitz's 1991 classic account of his travels across the Middle East and through the Arabian Peninsula, now in eBook for the first time.

With razor-sharp wit and insight, intrepid journalist Tony Horwitz gets beyond solemn newspaper headlines and romantic myths of the 1990s, to offer startling, honest close-ups of the Middle East. His quest for hot stories takes him from the tribal wilds of Yemen to the shell-pocked shores of Lebanon; from the sands of the Sudan to the souks of Saddam Hussein's Iraq.

Careening through fourteen countries, including the Sudan, Iraq, Israel, and Afghanistan, Horwitz travels light, packing a keen eye, a wicked sense of humor, and chutzpah in overwhelming measure. This wild and comic tale of misadventure reports on a fascinating world in which the ancient and the modern collide.

Baghdad without a Map and Other Misadventures in Arabia