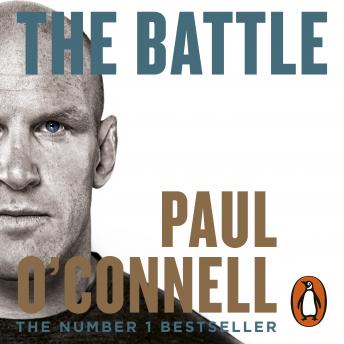 Penguin presents the audiobook edition of The Battle by Paul O'Connell, read by John Cormack.

There has never been a rugby player quite like Paul O'Connell. His name is synonymous with passion, heart and determination. But he is also the thinking man's rugby player, a legendary student of the game.

As the heartbeat of Munster, British and Irish Lions captain in 2009, and captain of the first Ireland team to retain the Six Nations championship, O'Connell became the most beloved and respected of the golden generation of Irish rugby players - and was widely regarded as one of the very best players in the world. There was nothing inevitable - or even likely - about any of this, and in an autobiography as intense and thoughtful as its author, O'Connell explores the forces and struggles that turned him into the player and leader that he became. The Battle is a book for everyone who wants to understand the roots of achievement and the inner world of an elite sportsman. It will take its place alongside the very finest sports books of recent years.

This title is due for release on March 29, 2018
We'll send you an email as soon as it is available!