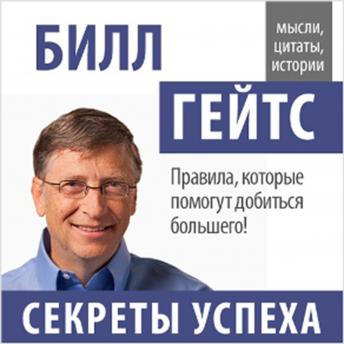 The most effective and convincing quotes of Microsoft founder Bill Gates!

Perhaps there is no one in the civilized world who would not know about Bill Gates. He headed the lists of the richest people in the world for many years. He is a talented businessman, philanthropist, innovator, holder of the knightly title of Great Britain.

In this audiobook the most interesting statements of Bill Gates are collected. He shares the secrets of success, honestly and frankly speaking, what he thinks about the most pressing problems of business and the world economy, personality and self-development, relations between people at work and in the family.