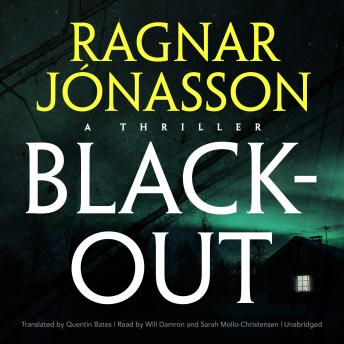 #3 of The Dark Iceland Series

A huge bestseller in England, France, and Australia, this is the third book in the Dark Iceland series from a spectacular new crime writer.

On the shores of a tranquil fjord in northern Iceland, a man is brutally beaten to death on a bright summer’s night. As the twenty-four-hour light of the arctic summer is transformed into darkness by an ash cloud from a recent volcanic eruption, a young reporter leaves Reykajvik to investigate on her own, unaware that an innocent person’s life hangs in the balance. Ari Thór Arason and his colleagues on the tiny police force in Siglufjörður struggle with an increasingly perplexing case, while their own serious personal problems push them to the limit.

What secrets does the dead man harbor, and what is the young reporter hiding? As silent, unspoken horrors from the past threaten them all, and the darkness deepens, it’s a race against time to find the killer before someone else dies.

Dark, terrifying, and complex, Blackout is an exceptional, atmospheric thriller from one of Iceland’s finest crime writers.