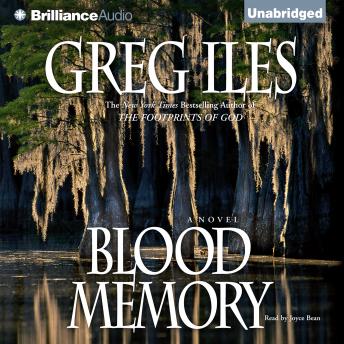 Catherine "Cat" Ferry is a forensic odontologist, a specialist in bite marks and the clues they provide. But while Cat's colleagues know her as a world-class scientist, she secretly attempts to manage her fragile psyche with alcohol, delving into the minds of rapists and murderers yet never allowing her own frightening past to creep into the foreground. Cat's latest case involves a disturbing murder in New Orleans. Banishing her personal demons, she focuses on the potential killer, until one morning she's paralyzed by a panic attack at a grisly murder scene. Praying the attack is a onetime event, she continues her job as a consultant to the New Orleans Police Department, but when another victim dies in the same shocking way - raising fears that a serial killer is at large - Cat blacks out over the victim's mutilated corpse. Suspended from the FBI task force, plagued by nightmares, and at odds with her married lover - a homicide detective - Cat finally reaches her breaking point. In a desperate effort to regain control over a life spiraling out of control, Cat retreats to her hometown of Natchez, Mississippi. But her family's secluded antebellum estate provides no sanctuary. When some of Cat's forensic chemicals are spilled in her childhood bedroom, two bloody footprints are revealed. This sight shocks her more than any corpse she has seen in her career. Cat's father was murdered when she was eight years old, but she always believed the crime occurred in the garden outside their home. The bloody footprints suggest otherwise. Driven by this fragment of her past, Cat attempts a forensic reconstruction of the decades-old crime, even as developments with the New Orleans task force pull her back into the case she left behind. Plagued by troubling nightmares, Cat pieces together the horrifying events she has been shielded from all her life. Soon, both she and the FBI realize that the murders occurring now in New Orleans are intimately bound up with Cat's family and her past. Can Cat trust her own memories? Or has the truth been so distorted that she can never know her family's real history? Finding a solution to these intertwined murders means more than stopping a remorseless killer - it may be the only way to save Cat Ferry's sanity . . . and her life. Greg Iles is a masterful storyteller. In this dramatic novel of suspense he deftly probes the relationship between good and evil, and the unique power of human memory to reconstruct - or completely reinvent - the past.

This title is due for release on February 15, 2005
We'll send you an email as soon as it is available!