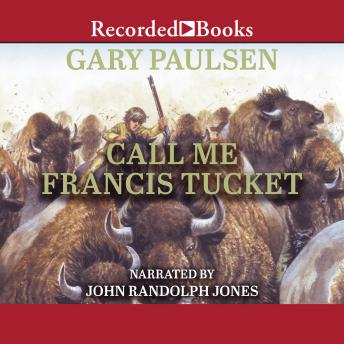 In 1848, fourteen-year-old Francis Tucket was kidnapped from an Oregon-bound wagon train by a Pawnee hunting party. But a one-armed mountain man named Mr. Grimes quickly rescued him and hid him from the hostile tribe. After a year in the mountain wilderness with Mr. Grimes, Francis decides to strike out on his own-to follow the dangerous trail to Oregon and find his family. Francis thinks he can handle just about anything-buffalo stampedes, gun-toting outlaws, and even the constant threat of tribal attacks. But when he finds two frightened children stranded in the wilderness, Francis takes on more than he bargained for. Suddenly, he's got a family of his own to protect all the way to Oregon. Call Me Francis Tucket continues the action-packed adventure that began in the critically acclaimed Mr. Tucket. With authentic detail and gritty honesty, Newbery Honor winner Gary Paulsen leads listeners deep into the American West and into Francis' remarkable tale of survival on the wild frontier.

This title is due for release on February 14, 2014
We'll send you an email as soon as it is available!