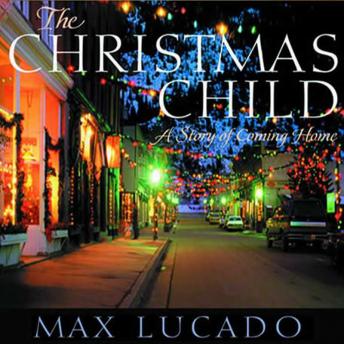 The Christmas Child: A Story of Coming Home

The Christmas Classic, Max Lucado's Christmas Cross, is newly repackaged and redesigned, and ties in with a major movie release. A Chicago journalist finds himself in a small Texas town on Christmas Eve. Lonely, he encounters old faces and new facts...a hand carved manger, a father's guilt, a young girl's faith. The trip into the past holds his key to the future, and a scarlet cross shows him the way home. In the movie, the main character, Jack, is played by William Moses (of 'Perry Mason' and 'Falcon Crest'). His wife, Meg, is played by Megan Follows (of 'Anne of Green Gables'). The movie also features Steven Curtis Chapman as the town's minister.

This title is due for release on October 1, 2003
We'll send you an email as soon as it is available!