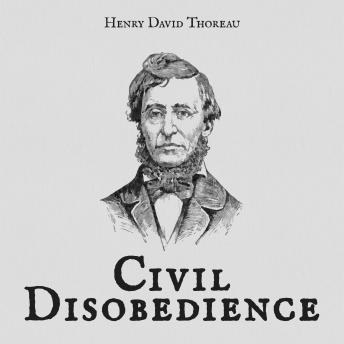 In the essay ‘Civil Disobedience’ (1849), Henry David Thoreau contends that an individual should not allow the government to overrule their conscience, and that it is incumbent upon every one to avoid acquiescence when the government attempts to make one an agent of injustice. It is thought that his motivation for writing the essay was, at least in part, due to his revulsion with slavery and with the Mexican–American War of 1846 to 1848: 'This people must cease to hold slaves, and to make war on Mexico, though it cost them their existence as a people.' He also argues that it is not appropriate to postpone one’s opposition to injustice until a future election, but that one ought to rather take immediate action to oppose a system as wicked as slavery.

This title is due for release on September 9, 2019
We'll send you an email as soon as it is available!