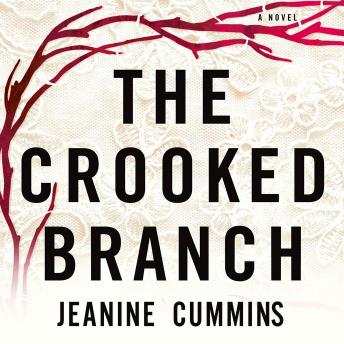 From Jeanine Cummins, the national bestselling author of American Dirt and A Rip in Heaven, comes The Crooked Branch--the deeply moving story of two mothers from two very different times.

After the birth of her daughter Emma, the usually resilient Majella finds herself feeling isolated and exhausted. Then, at her childhood home in Queens, Majella discovers the diary of her maternal ancestor Ginny—and is shocked to read a story of murder in her family history.

With the famine upon her, Ginny Doyle fled from Ireland to America, but not all of her family made it. What happened during those harrowing years, and why does Ginny call herself a killer? Is Majella genetically fated to be a bad mother, despite the fierce tenderness she feels for her baby?

Determined to uncover the truth of her heritage and her own identity, Majella sets out to explore Ginny’s past—and discovers surprising truths about her family and ultimately, herself.

The story is Beautiful- a work of art. One of the narrator almost ruins it, but the story is with hearing.