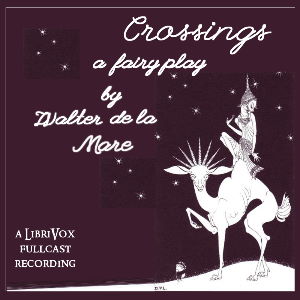 Under the terms of a will, the Wildersham children have to relocate from the family house in the city to "Crossings" in the country, and to spend the first fortnight alone fending for themselves in the house. The children encounter interesting country neighbors, including ghosts and fairies. Or are they dreaming? Walter De La Mare was a poet, and we have a number of his poems available at Librivox. This is his only play: "Crossings was produced for the first time in 1919, at the Wick School, Hove, to celebrate the coming of Peace. With the exception of one grown-up, Mr. Sebastian Sprott, its characters were taken by boys aged fourteen, or under."

This title is due for release on December 27, 2019
We'll send you an email as soon as it is available!