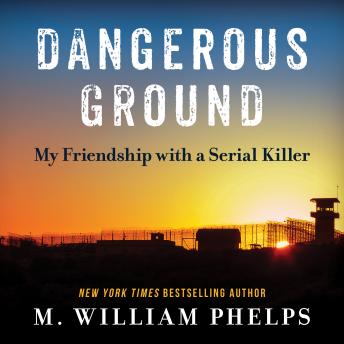 Dangerous Ground: My Friendship with a Serial Killer

In September 2011, M. William Phelps made a bold decision that would change the landscape of reality-based television-and his own life. He asked a convicted serial killer to act as a consultant for his TV series. Under the code name 'Raven,' the murderer shared his insights into the minds of other killers and helped analyze their crimes. As the series became an international sensation, Raven became Phelps's unlikely confidante, ally-and friend.

In this deeply personal account, Phelps traces his own family's dark history, and takes us into the heart and soul of a serial murderer. He also chronicles the complex relationship he developed with Raven. From questions about morality to Raven's thoughts on the still-unsolved, brutal murder of Phelps's sister-in-law, the author found himself grappling with an unwanted, unexpected, unsettling connection with a cold-blooded killer.

Drawing on over 7,000 pages of letters, dozens of hours of recorded conversations, personal and Skype visits, and a friendship five years in the making, Phelps sheds new light on Raven's bloody history, including details of an unknown victim, the location of a still-buried body-and a jaw-dropping admission.

good in depth breakdown of his crimes and mental workings

Great book. Well thought out. Hard to hear depravity but this book keeps the balance of science with psychology and does not glorify the killer.

interesting information on the mind of a serial killer.