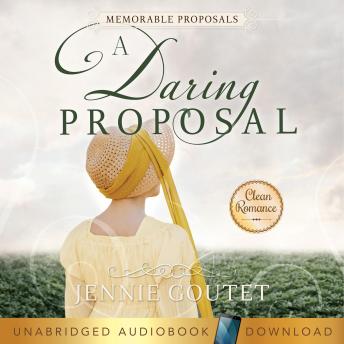 She has loved him for as long as she remembers. He is fast discovering his newfound attachment. And now they may never see each other again. Phoebe Tunstall has lived her entire life in the shadow of her outgoing twin sister and in service to her maiden aunt. When she suddenly finds herself alone and free of all responsibility to others, she decides to heed the challenge thrown out by the man she has long admired-her brother's best friend, Lord Ingram. Frederick Ingram is reeling from the shock of learning that his first love has married someone else upon mere weeks' acquaintance. Filled with frustration, he is unable to watch his friend's little sister, Phoebe, living meekly and waiting for happiness to come to her. He tells her to live more boldly. What he does not expect is for her to take it to heart and travel to Brussels as Napoleon begins his march northward. Frederick arrives in Brussels for his military duty and-contrary to his expectation-does not find Phoebe cowering in fear at the threat of the emperor's invasion. Instead, she appears to be the center of Society with every male eye in the city on her. Phoebe is eager to show Frederick exactly what he has been missing out on all these years, and he is finally ready to declare his love. Then war breaks out.

This title is due for release on February 8, 2022
We'll send you an email as soon as it is available!