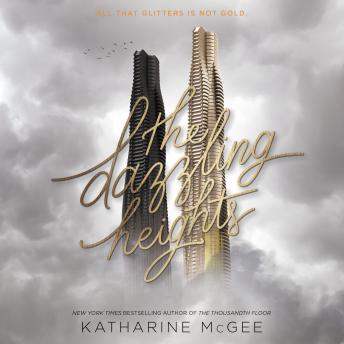 New York, 2118. Manhattan is home to a thousand-story supertower, a breathtaking marvel that touches the sky. But amidst high-tech luxury and futuristic glamour, five teenagers are keeping dangerous secrets…

LEDA is haunted by memories of what happened on the worst night of her life. She’ll do anything to make sure the truth stays hidden—even if it means trusting her enemy.

WATT just wants to put everything behind him…until Leda forces him to start hacking again. Will he do what it takes to be free of her for good?

When RYLIN wins a scholarship to an upper-floor school, her life transforms overnight. But being there means seeing the boy whose heart she broke, and who broke hers in return.

AVERY is tormented by her love for the one person in the world she can never have. She’s desperate to be with him… no matter the cost.

And then there’s CALLIOPE, the mysterious, bohemian beauty who arrives in New York determined to cause a stir. And she knows exactly where to begin.

But unbeknownst to them all, someone is watching their every move, someone with revenge in mind. And in a world of such dazzling heights, just one wrong step can mean a devastating fall.

Perfect for fans of One of Us Is Lying and Big Little Lies, the sumptuous second book in the bestselling Thousandth Floor series has all the drama, romance and hidden secrets that landed the first book in this series at #2 on the New York Times bestseller list!