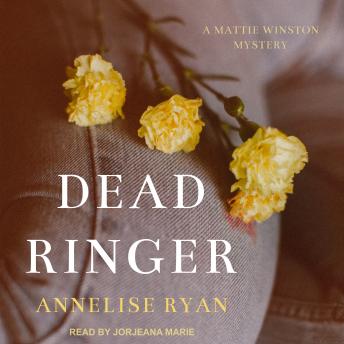 A new murder victim with an old M.O. puts Mattie Winston on the trail of a killer who gives a grim new meaning to flower power . . .

Spring is beginning to brighten Sorenson, Wisconsin, for Mattie and Steve Hurley and their family. While their son Matthew may be in his terrible twos and Steve's daughter Emily a moody teenager, the kids bring light to their lives when their work is dark by its nature-Steve is a homicide detective and Mattie is a medicolegal death investigator, a.k.a. medical examiner. They deal in corpses.

The latest corpse, a Jane Doe, was clearly an addict, but drugs didn't kill her, at least not directly. She's been stabbed multiple times in a pattern that is disturbingly familiar to Mattie. When she discovers flower petals from yellow carnations stuffed into the stab wounds, she recognizes a very specific M.O.-belonging to a convicted serial killer who's currently serving a life sentence.

The details of the flower petals were never made public in the last case, so it can't be a copycat crime. It looks like the wrong man is in prison, and the murderer is still at large. Now it's up to Mattie and Steve to get the case reopened-and catch the real carnation killer . . .