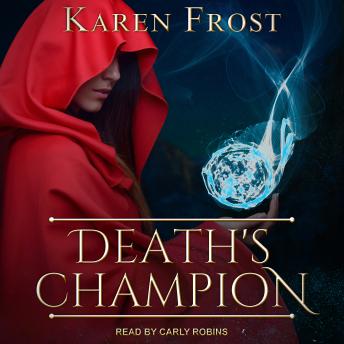 #4 of Destiny and Darkness

How can one girl possibly save the world?

In this exciting fourth and final book in the Destiny and Darkness series, Aeryn, a young dead war mage indentured to Death, is the only one standing in the way of looming disaster.

Her world is crumbling. Iliyria is on the brink of falling. The Northmen have invaded. Peace with the Southlands has failed. And worst of all, the Darkness is flooding into the human and divine realms, intent on destroying both.

Drawing friends and new allies around her, Aeryn sets out to fight evil, but can she stop the forces of the Dark before her short time allowed in the land of the living runs out?

The race is on, and now Aeryn isn't just facing impossible odds, but a terrible fear: What if the price she must pay is the one thing she doesn't want to give?

Karen Frost brings together all the incredible elements for an exhilarating ending to her epic young adult fantasy adventure series.