A Desert Drama: Being the Tragedy Of The Korosko 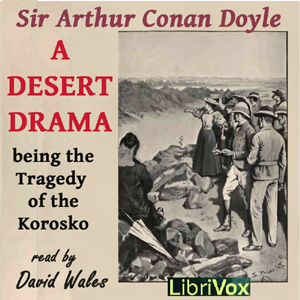 Also published under the title The Tragedy of the Korosko (1898). A group of European tourists are enjoying their trip to Egypt in the year 1895. They are sailing up the River Nile in a "a turtle-bottomed, round-bowed stern-wheeler", the Korosko. They intend to travel to Abousir at the southern frontier of Egypt, after which the Dervish country starts. They are attacked and abducted by a marauding band of Dervish warriors. The novel contains a strong defence of British Imperialism and in particular the Imperial project in North Africa. It also reveals the very great suspicion of Islam felt by many Europeans at the time. (Summary by Wikipedia)

Desert Drama: Being the Tragedy Of The Korosko