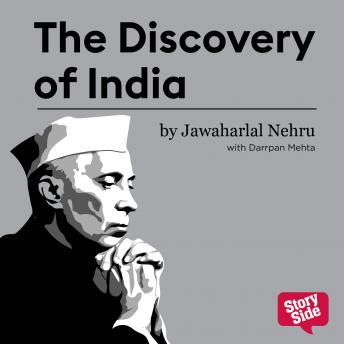 The Discovery of India

'Whatever gods there be, there is something godlike in man, as there is also something of the devil in him.' - Jawaharlal Nehru, The Discovery of India. The Discovery of India was written by India's first Prime Minister Pandit Jawaharlal Nehru during his imprisonment in 1942–1946 at Ahmednagar fort in Maharashtra by the British before the independence of India. This book is widely regarded as a classic and provides a concise depiction of Indian history, philosophy and culture. It was published in 1946 and has since acquired the status of a classic. In this book Pandit Nehru starts from the ancient Indian history, leading up to the last years of the British Raj. Analysing texts from the Vedas to the Upanishads, epics such as the Mahabharata and the Ramayana and personalities like the Buddha and Mahatma Gandhi, Pandit Nehru brings to life an ancient culture and land that has been the base and headquarters of some of the world's great traditions of philosophy, science and art, and almost all its major religions. We present the audiobook of this masterpiece, which is a must listen for every Indian.