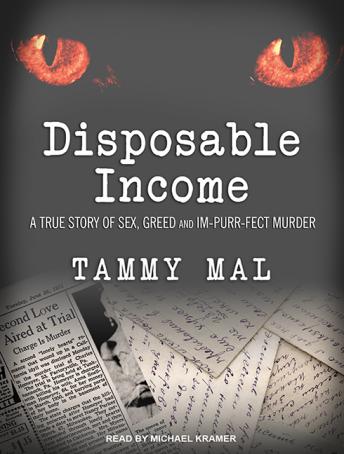 In 1948, when elderly Anna Homeyer and her much younger husband, Charles, decided to sell their home in the Bronx and move to Pennsylvania, residents of the small town of Factoryville couldn't understand why. With no family or friends in the area, the isolated little village seemed an odd choice for strangers to relocate to. But Factoryville warmly welcomed their new neighbors, who seemed eager to fit in-at first. Soon, however, the Homeyers' pleasant disposition began to change. Anna, once highly visible and engaging, was rarely seen at all anymore, and Charles, who was always kind and neighborly, became distant and withdrawn. Local residents were baffled by their behavior.

But their curiosity soon turned to suspicion when Anna Homeyer suddenly disappeared, leaving the town with a number of unanswered questions: Why was Charles Homeyer, a married man, receiving numerous lonely hearts magazines and scores of letters from unattached women all over the country?
Why was he burning his wife's clothing and selling off her personal belongings?
Why did he leave Factoryville, only to return with his wife's most cherished possession?
Where was Anna?
And what was that foul, putrid odor billowing from the Homeyers' chimney?

This title is due for release on July 24, 2014
We'll send you an email as soon as it is available!