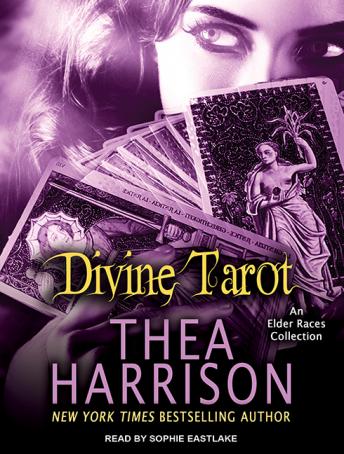 Alice Clark, a Wyr and schoolteacher, has had two friends murdered in as many days, and she's just found the body of a third. She arrives at the scene only minutes before Gideon Riehl, a wolf Wyr and current detective in the Wyr Division of Violent Crime-and, as Alice oh-so-inconveniently recognizes at first sight, her mate.

But the sudden connection Riehl and Alice feel is complicated when the murders are linked to a serial killer who last struck seven years ago, killing seven people in seven days. They have just one night before the killer strikes again. And every sign points to Alice as the next victim.

Claudia Hunter is on a road trip through the Nevada desert when she sees the body of a dog on the side of the highway. Pulling over to investigate, she quickly determines that the enormous animal is clinging to life. While working to save him with the help of the local vet, Claudia realizes there's something about the creature that seems more. Other. Wyr. Which makes this case of animal cruelty attempted murder.

Too injured to shape shift, Luis Alvaraz is reluctant to tell Claudia what he knows about his attack, afraid it will only make her a target. But the sheriff is corrupt, and his attackers know Luis is alive and vulnerable. To make matters worse, a sandstorm is sweeping into town, and if they're going to survive the night, Luis will have to place all his trust in Claudia.

This title is due for release on April 23, 2014
We'll send you an email as soon as it is available!