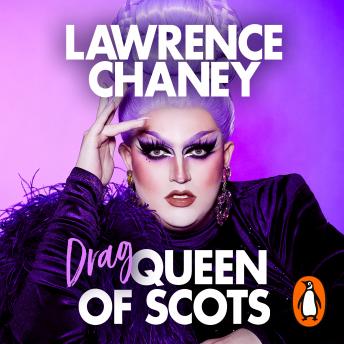 (Drag) Queen of Scots: The hilarious and heartwarming memoir from the UK’s favourite drag queen

Lawrence Chaney is a testament to the strength that comes from drag. Lawrence (Drag) Queen of Scots celebrates the little boy learning to sew at age seven and their journey to taking the UK by storm. From growing up as the gay class clown and being bullied to finding an outlet in performance and drag, celebrating both their outer curves and inner beauty.

The book will showcase valuable life lessons and tricks of the trade, all told in Chaney's trademark charming style, and will resonate with anyone who holds dreams and aspirations that are bigger than the town they grew up in.

'Lawrence Chaney is the funniest queen by a country mile. She has delivered the laughs a locked down nation needed in abundance. But there's much more to Chaney than her quick wit. Her vulnerability is also part of her natural gift.' - Vogue

This title is due for release on September 23, 2021
We'll send you an email as soon as it is available!