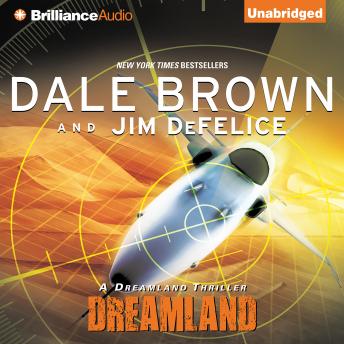 Hidden in the Nevada desert is America's most advanced aerospace weapons testing facility. Dreamland is the place where the nation's top minds come to develop artillery and aircraft that push beyond the cutting edge. And where the Air Force's top guns come to test them, on the front lines of a new era in warfare. The fiasco of a spy's infiltration has the Pentagon looking for an excuse to close Dreamland down. To clean up the mess, and save Dreamland from the congressional chopping block, Lt. Colonel Tecumseh 'Dog' Bastian is sent in. He's just the guy to shake things up, and does so when a situation erupts in Somalia. Into a hotter-than-hot war zone, he sends his own daughter, the pilot of a Megafortress bomber, with a high-tech, unmanned flight system that could make or break the future of Dreamland.