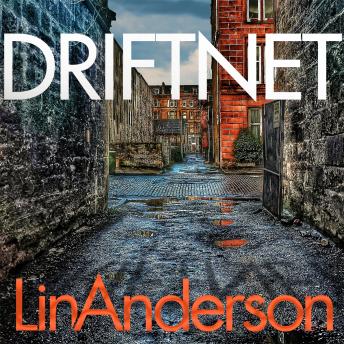 Driftnet is a thrilling crime novel by Lin Anderson and is the first novel in the series forensic scientist Rhona MacLeod.

Summoned in the early hours of the morning to a Glasgow flat, forensic scientist Rhona MacLeod is confronted by a horrific crime scene. A teenage boy has been found mutilated and strangled to death by a vicious killer.

But her grim task of scanning for evidence is made even more unsettling than normal by the boy’s remarkable resemblance to her – and by the fact that she gave up a baby boy for adoption seventeen years ago . . .

Overcome by guilt, Rhona sets out to find the boy’s killer and establish whether the young victim is her long-lost son. In doing so, she finds herself immersed in an investigation that seeks to expose a dark underworld that preys on the young and vulnerable. As the case builds it soon becomes clear that some very powerful men have a lot to lose if she succeeds, and everything to gain if she dies.