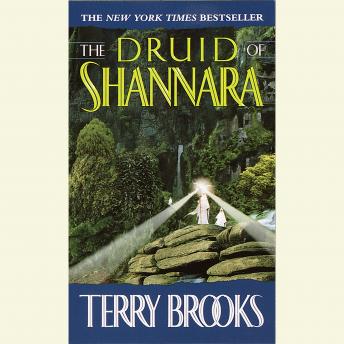 The Druid of Shannara

#2 of The Heritage of Shannara

The second volume of The Heritage of Shannara, which continues one of the most popular fantasy series of all time

Ancient evil forces remain in control of the Four Lands. To restore the Kepp of the Druid Allanon, Walker Boh sets out on a journey to find the black Elfstone. After narrowly escaping death, he learns that the Elfstone lies in the hands of the Stone King. Now Walker Boh must venture into perilous, unknown lands with a strange band of fellow travelers that includes Morgan Leah, whose once-magic sword has been broken; Quickening, the daughter of the ancient King; and Pe Ell, an assassin who hatches his own dark, sinister plot.

Live the story and characters, entertaining.