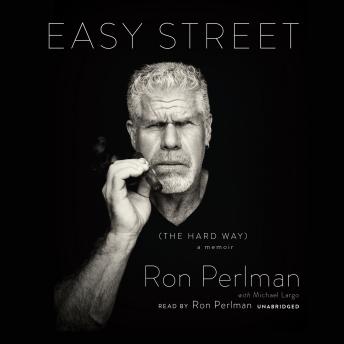 The candid, hilarious, and inspiring memoir of the iconicstar of Beauty and the Beast, the Hellboy movies, and Sons of Anarchy
A classically trained actor who cut his teeth in the EastVillage's off-Broadway scene, Ron Perlman-a Golden Globe winner with starringroles in the Hellboy movies,Drive, Pacific Rim, and Sons of Anarchy-has traveled anoffbeat path to showbiz success. His story involves rising from New York'stough Washington Heights neighborhood, enduring incredible hardships, andignoring the naysayers who taunted him for his distinctive looks. It's a talethat demonstrates the power of persistence.
With a filmography of nearly two hundred credits workingalongside countless stars during his forty-year career, Perlman knows the ins andouts of filmmaking. In Easy Street (the Hard Way), he shares hisinspiring story for the next generation of performers.