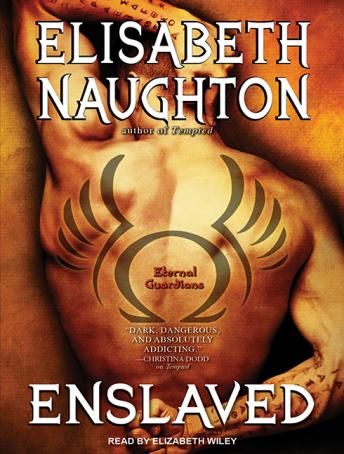 GRYPHON-Honorable, loyal, dependable . . . tainted. He was the ultimate warrior before imprisonment in the underworld changed him in ways he can't ignore.

She calls to him. Come to me. You can't resist. But Gryphon will not allow himself to be ruled by the insidious whispers in his head. And there's only one way to stop them: kill Atalanta, the goddess who enslaved him. But with so much darkness inside, he can't be sure what's real anymore. Even the Eternal Guardians, those who protect the human realms and the gods, want to exile him.

Finding Malea is like a miracle. Somehow he doesn't feel the pull of the dark when she's near. And he's determined to keep her as near as possible, whether she wants him close or not. But she's a temptation that will test every bit of control he has left. One that may ultimately have the power to send him back to the underworld . . . or free him from his chains for good.

This title is due for release on June 10, 2013
We'll send you an email as soon as it is available!