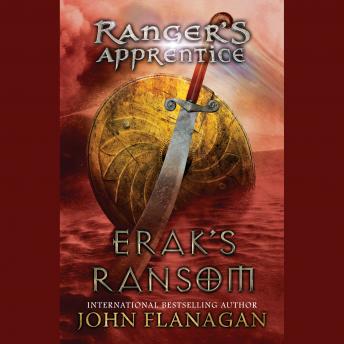 What does it mean to earn the Silver Oakleaf? So few men have done so. For Will, a mere boy, that symbol of honor has long felt out of reach. Now, in the wake of Araluen's uneasy truce with the raiding Skandians comes word that the Skandian leader has been captured by a dangerous desert tribe. The Rangers are sent to free him. But the desert is like nothing these warriors have seen before. Strangers in a strange land, they are brutalized by sandstorms, beaten by the unrelenting heat, tricked by one tribe that plays by its own rules, and surprisingly befriended by another. Like a desert mirage, nothing is as it seems. Yet one thing is constant: the bravery of the Rangers.In this red-hot adventure, winner of the Australian Book of the Year Award for Older Children, John Flanagan raises the stakes on the series that has already sold millions of books worldwide.

Perfect for fans of J.R.R. Tolkien’s Lord of the Rings, T.H. White’s The Sword in the Stone, Christopher Paolini’s Eragon series, and George R. R. Martin’s Game of Thrones/A Song of Ice and Fire series.