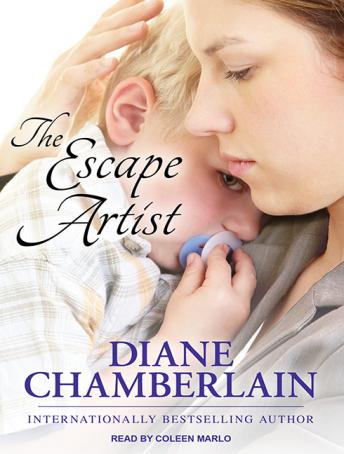 Susanna Miller loses custody of her eleven-month-old son, Tyler, but rather than turning the little boy over to her ex-husband and his new wife, she goes on the run. She dyes her hair, changes her name, and escapes from Boulder, Colorado, leaving behind everyone she knows, including Linc Sebastian, the man who has been her best friend since childhood and who knows her better than anyone. Susanna lands in Annapolis, Maryland, alone, frightened, and always looking over her shoulder for someone who might recognize her. Just as she's beginning to feel safe in her new surroundings, she stumbles across information that could save the lives of many people . . . if she's willing to take it to the police. But going to the authorities means revealing her identity, admitting her guilt, and worst of all, losing her son.

Equal parts family drama, love story, and thriller, The Escape Artist is the poignant story of a mother's unbreakable bond with her child and the resiliency of a love that transcends distance and time.

This title is due for release on July 15, 2013
We'll send you an email as soon as it is available!