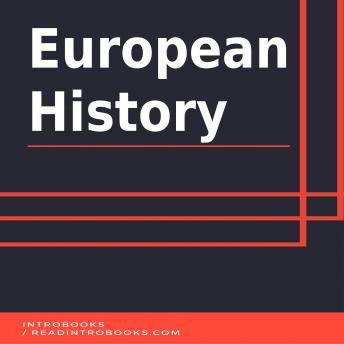 Europe’s relationship with culture, even at the most basic level, dates back to at least 20,000 BCE. The Venus of Willedorf and the cave paintings of Altamira and Lascaux are examples of the presence of civilization in Europe thousands of years ago. By 5000 BC, evidence proves that areas of Europe had begun to show hierarchical societies and a firm agricultural background had been formed by many of these societies.


While a clear division of boundaries did not exist back then, the history of Europe if we go back to thousands of years ago, during the Neolithic age, can be mainly traced through their settlements and tools.


A strong political and social era did not emerge before the Roman and Byzantine period. Thus, Europe’s history began to take form when the Roman’s empire rose to its glory. Europe has undoubtedly seen different periods of settlement before the Roman Empire as well, but evidence, clear dates and archaeology is at its minimal during these periods.


While many people completely believe that history is somewhat similar to story-telling, the only thing that makes a difference is the presence of facts and evidence when it comes to history. Every historian has to comb through each fact closely before choosing what actually happened from what is being purported as may have happened.


The facts of European history have been put together in this book. The chapters are named primarily after an event that may have been the most prominent one during a period, but every chapter will cover more than just that event. It will cover the things that led to the event and the ones after the event as well.


Every era had some striking events that changed the way Europeans led their lives. From periods of anarchy to golden rules and back to chaos again, Europe, from the time it has known power and politics, has been controlled and ruled by many powerful people.

The boundaries within which these events happened may not have been recognized as what is considered Europe today. At that time, rulers knew their empires and they knew the regions across which their powers lay, and as historians try to gather evidence today, we can finally put the pieces together to understand and study the great European history.

This title is due for release on April 3, 2016
We'll send you an email as soon as it is available!