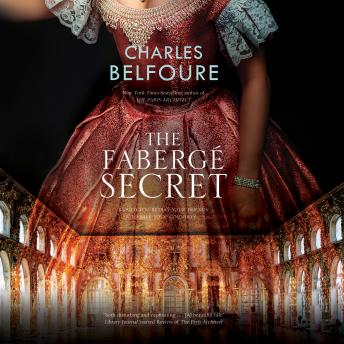 St. Petersburg, 1903. Prince Dimitri Markhov counts himself lucky to be a close friend of Tsar Nicholas II and Tsarina Alexandra. Cocooned by the glittering wealth of the Imperial court, the talented architect lives a life of luxury and comfort, by the side of his beautiful but spiteful wife, Princess Lara. But when Dimitri is confronted by the death and destruction wrought by a pogrom, he’s taken aback. What did these people do to deserve such brutality? The Tsar tells him the Jews themselves were to blame, but Dimitri can't forget what he's seen. Educated and passionate, Doctor Katya Golitsyn is determined to help end Russian oppression. When she meets Dimitri at a royal ball, she immediately recognizes a kindred spirit, and an unlikely affair begins between them. As their relationship develops, Katya exposes Dimitri to the horrors of the Tsar's regime and the persecution of the Jewish people, and he grows determined to make a stand—whatever the cost.