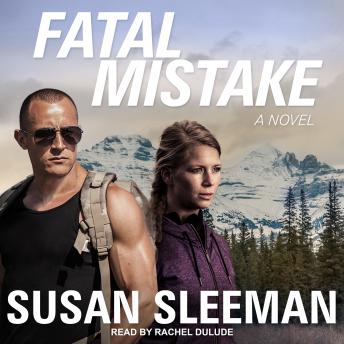 An FBI agent must protect the woman who can identify a terrorist bomber in bestselling author Susan Sleeman's riveting romantic suspense novel.

Tara Parrish is the only person ever to survive an attack by the Lone Wolf bomber. Scared and emotionally scarred by her near death, she goes into hiding with only one plan-to stay alive for another day. She knows he's coming after her, and if he finds her, he will finish what he started.

Agent Cal Riggins has had only one goal for the past six months-to save lives by ending the Lone Wolf's bombing spree. To succeed, he needs the help of Tara Parrish, the one person who can lead them to the bomber. Cal puts his all into finding Tara, but once he locates her, he realizes if he can find her, the Lone Wolf can, too. He must protect Tara at all costs, and they'll both need to resist the mutual attraction growing between them to focus on hunting down the bomber, because one wrong move could be fatal.