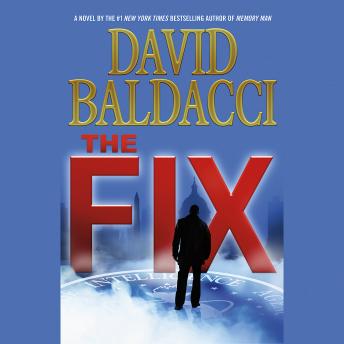 In this 'perfect 'fix' for the thriller aficionado' (Associated Press) #1 New York Times bestseller, maverick FBI detective Amos Decker must forge an uneasy alliance with the Defense Intelligence Agency to prevent an international incident that could spell the end of the United States as we know it.

Amos Decker witnesses a murder just outside FBI headquarters. A man shoots a woman execution-style on a crowded sidewalk, then turns the gun on himself.

Even with Decker's extraordinary powers of observation and deduction, the killing is baffling. Decker and his team can find absolutely no connection between the shooter--a family man with a successful consulting business--and his victim, a schoolteacher. Nor is there a hint of any possible motive for the attack.

Enter Harper Brown. An agent of the Defense Intelligence Agency, she orders Decker to back off the case. The murder is part of an open DIA investigation, one so classified that Decker and his team aren't cleared for it.

But they learn that the DIA believes solving the murder is now a matter of urgent national security. Critical information may have been leaked to a hostile government--or worse, an international terrorist group--and an attack may be imminent.

Decker's never been one to follow the rules, especially with the stakes so high. Forced into an uneasy alliance with Agent Brown, Decker remains laser focused on only one goal: solving the case before it's too late.

My husband and I really love his series. The narrator is also well done!

The series is great, there are a few twists and turns that keep you guessing. The Narrators do the book justice and make the characters come alive!

Very boring until last couple of hours, and the book was 20 hours! Usually I like Baldacci but this one not so much.

Enjoyed this book. Easy to listen to and get caught up!

Awesome Series. A must read if you like action packed, fast moving books.

Another great read from David Baldacci. Leaves you wanting more every time.

I enjoyed this book, it was a great read. I liked how there was twists around every corner and as soon as you think you know who's behind everything there's still more pieces to the puzzle. I love the Amos Decker series and hope there more books to come. I'll definitely be on the look out for the next book.

Loved listening to the twists and turns in this book. Listened to it on a long road trip and enjoyed every minute.

Book was great. Captures your attention from the first chapter. Not a dull chapter, exciting, thrilling throughout.

Listened to this on a long road trip. Kept us interested the whole time! Great story!!

Baldacci has been one of my favorite mystery authors for some time. His new character, the memory man, was well developed and the kind of book you just don't want to put down. In the audio format I was able to set how long to listen at night before falling asleep and really looked forward to this after a long day. I did have a small amount of difficulty in downloading the last part of the book on my Ipad, but was able to download it on the phone in order to hear the final solving of the case. I plan to buy more in this series since it was so good.

Love this series! Great characters. I love how Baldacci kept the Mars character. I hope he continues with him. There are so many ways this story could go. I also love the narrators. Great voices and acting.

This title is due for release on April 18, 2017
We'll send you an email as soon as it is available!