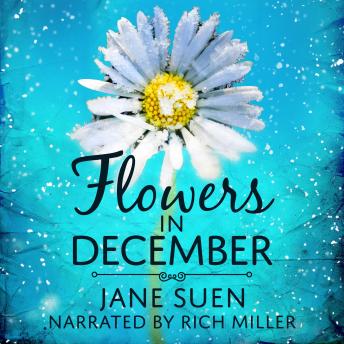 Readers' Favorite gave FLOWERS in DECEMBER five-stars. 'Someone who knows what it's like to lose a parent will find a lot to relate to in this book.'

A MAN GOES HOME TO BURY HIS MOTHER BUT FINDS HIMSELF.

Connor Norton returns to his hometown, following the death of his mother, knowing that he will have to confront personal feelings of guilt and regret. It is a place he has barely set foot in for the past 20 years.

Caught in the period of his life where the vibrancy of youth has diminished and the prospect of becoming middle-aged is looming, Connor finds that he is suddenly alone in the world and must somehow reshape his future and face his own mortality.

With only Tom, the family's orange tabby cat, as his constant companion, he considers new possibilities and new directions. But will Connor be able to lay the ghosts of his past to rest? And will his return later, to the place he once called home, be enough to let him break free from the remorse which he has carried since he was 18?

In this tender, heartwarming portrait of a man who finds himself trapped between his past, his present and the future, where will this new journey lead Connor and what will the future hold when he gets there?

Connor returns home to bury his mother and begin a new life with Tom, the family’s orange tabby cat.

Sometimes you have to leave home to find your way back. To one small town. One magical Christmas.

Connor thinks he’s lost Mary Ann. Now they meet again. Can he win her back?

This title is due for release on November 20, 2019
We'll send you an email as soon as it is available!