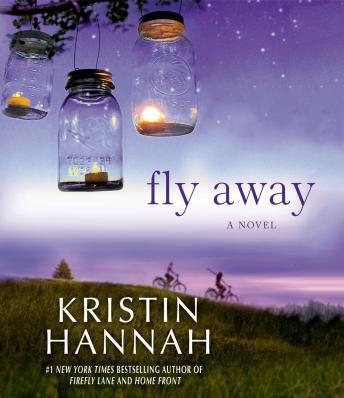 Fly Away: A Novel

Kristin Hannah's FIREFLY LANE became a touchstone novel in women's lives. Across the world, women embraced the story of Tully and Kate's enduring friendship. They laughed with Tully and cried with Kate and anguished over Tully's fractured relationship with her mother. Now, five years later, in FLY AWAY, Kristin Hannah returns to the world of these unforgettable characters and asks the question...
How do you hold yourself together when your world has fallen apart...
FLY AWAY is the story of three women who have lost their way and need each other-plus a miracle-to transform their lives.
An emotionally-complex, heartwrenching novel about love, family, motherhood, loss, and redemption, FLY AWAY reminds us that where there is life, there is hope and where there is love, there is forgiveness. Told with her trademark visceral storytelling and illuminating prose, Kristin Hannah reveals why she is one of the most beloved writers of our day.
Includes a Reading Group Guide Read by Kristin Hannah

Fly Away: A Novel